Castlecomer should stand up and take a bow, it’s a real testament to what a community can achieve to create change for themselves.  For hundreds of years Castlecomer was defined by its coalmining industry, it formed the economic and social fabric of the town. So when the mines closed with the loss of hundreds of jobs, there was obviously huge economic impact and equally high unemployment. Despite some manufacturing coming to the town in subsequent years by the late 1990’s these had all gone.

This is where people power comes into play! A group of dedicated locals came together with the view of starting a rural tourism enterprise that would pay tribute to the coal mining heritage of the town. After many years of work and fundraising the Discovery Park was born.  Since 2007 the park has grown substantially to become one of Ireland’s best adventure parks and centers of education. 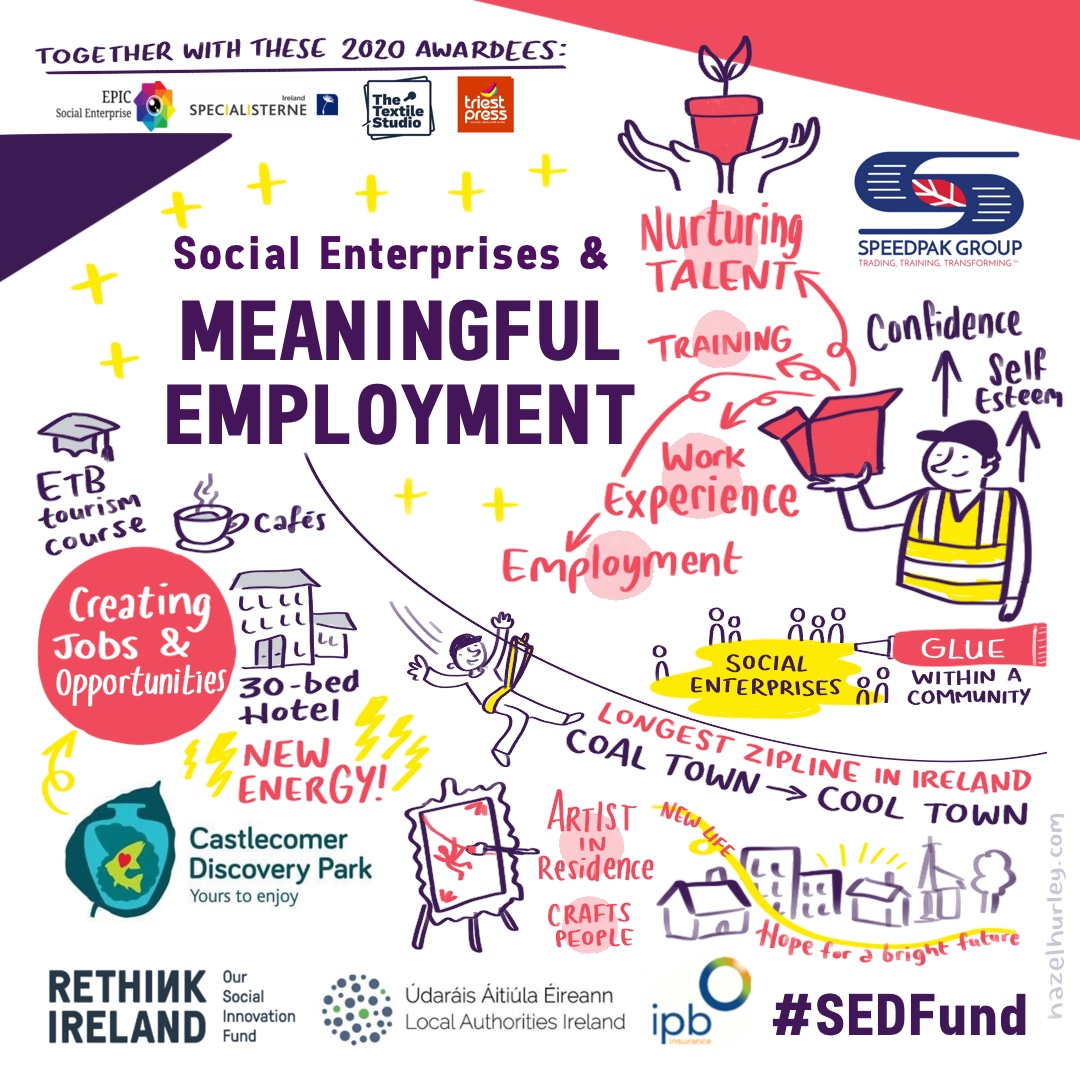 The impact on the town has been massive:

In 2019 The town got a new hotel The Avalon House Hotel which employs 20 people.

A landmark Georgian Building “The Creamery House” was recently refurbished and now there is a Michelin Guide recommended restaurant housed there, the destination “The Restaurant Lady Ann”.  Other new cafes have opened in what were closed premises.

The local supermarket invested quite heavily in its premises and the owner has told us that on a busy day in the park they can see a 20% increase in sales.

Based on the momentum generated by the visitor numbers to the park, Kilkenny County Council Kilkenny Leader supported a new animator role for the town the aim being to convert our visitors into  spend in the town,  through this initiative the town undertook historic place mapping, an artist in residence programme and other community initiatives. Based on this success this role is now being rolled out in other Kilkenny towns

The park has also helped create jobs and opportunities such as 26 FTE’s roles, generating €800,000 of wages directed back into the local economy.

Watch this space as we grow and develop, and know that when you support our park you are supporting rural regeneration!

Reaching for the sky! New High Ropes Course Coming
September 26, 2022
News & Events
Go to Top
X
We use cookies on our website to give you the most relevant experience by remembering your preferences and repeat visits. By clicking “Accept All”, you consent to the use of ALL the cookies. However, you may visit "Cookie Settings" to provide a controlled consent.
Cookie SettingsAccept All
Manage consent